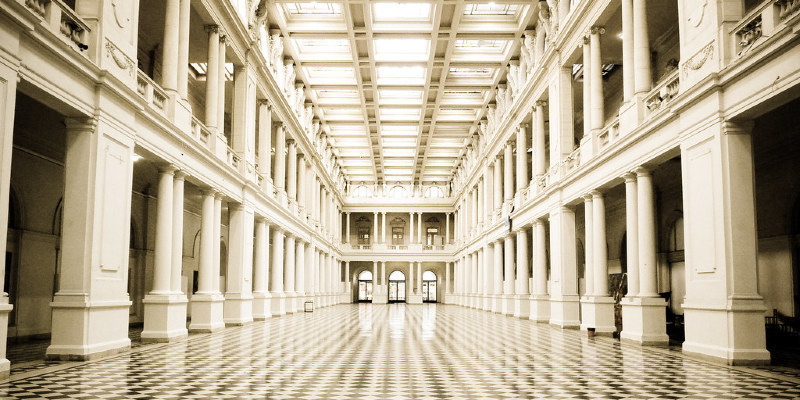 
It’s that time of year. The dreaded April 15, or at 2012’s instance, April 17, is near and many of us are scurrying to finish up our tax returns. We are sifting through page after page of taxation forms, demanding our accountants locate even more deductions and bemoaning the inevitable check that we will have to send the authorities. Why, we ask, do we have to cover this? And why, for goodness sake, can it be so complex?

Let’s explore a few of the ways that taxation policy has impacted architecture.

A mansard roof is the best option when taxes are levied by the amount of flooring but the attic doesn’t count. When the 19th-century French government levied taxes based on floor count, Parisians took to the mansard en masse.

The result is street after street of mansard-roofed buildings. Amazing that much of Paris’ signature landscape would be the result of avoiding tax deductions!

Since Becky Harris pointed out in 12 Ways to Prep the Porch for Summer, the side porches in antebellum Charleston, South Carolina, were an answer to land taxes being levied on “road frontage measurements.” Thestreet frontageand you’ll decrease your taxes. The result: all those superb dual porches down the surfaces of the houses creating more living space without adding to the width of the house proper.

Tax avoidance is worldwide. The Japanese used kaidan-tansu to avoid paying taxes on extra floors in the house. These chests could be built to form a stair and, even when the tax man came snooping around, could be disassembled and moved everywhere.

The shotgun house at New Orleans can trace its roots directly to taxation policy. To begin with, taxes were levied on road frontage, so the houses were retained narrow and deep. As tax revenues dropped because of all these narrow houses, the tax man started to levy taxes on the amount of chambers, with hallways and cabinets counting as chambers. The solution, remove hallways and closets.

The tax man has levied room count, road frontage and flooring count. What’s next? How about a window taxation? That’s just what the British authorities did in the 18th and 19th centuries. Don’t want to pay the tax? No problem. Only close in the region that could have been a window and might be a window again whenever the tax legislation changes.

The House That yells Built: Mock-Up for Cliff May Homes Brochure (circa 1954)

However, not all of taxes were regressive.

The house mortgage interest deduction has to be one of the most important influences on architectural and urban design. Inexpensive energy, cheap land, low down payments and the interest rates fueled the creation of the post–World War II suburbs …

And contributed to all those families living the American dream.